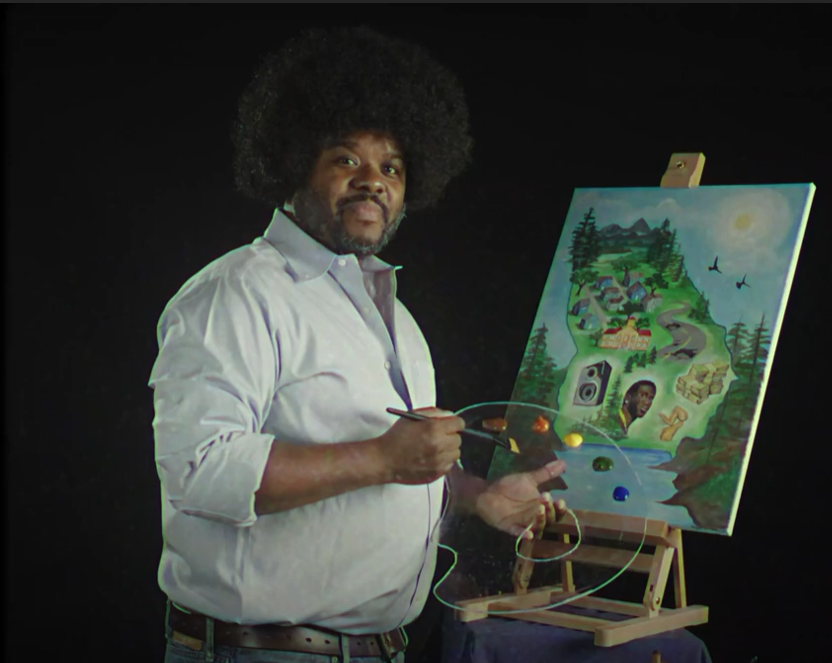 ATLANTA – Fair Count is continuing the fight it started early this summer for a fair and equitable redistricting process, expanding its effective arsenal of education, outreach, and organizing with a humorous tribute to late television artist Bob Ross.

Fair Count’s new video, The Joy of Painting Fair Districts, is a cheerful call to Georgians everywhere to join the fight for fair districts. The spot launched digitally Monday, just days after Georgia’s governor announced a special session starting November 3 for the Legislature to tackle the once-a-decade redistricting process.

“Uh-oh, it looks like we’ve got some gerrymandering going on,” says Georgia comedian and filmmaker Mark Kendall in the video before painting over offending boundary lines. “So we’re just not going to let that happen.”

“This video is just one part of Fair Count’s multifaceted approach to bringing Georgians into a discussion that should have been theirs to begin with,” said Fair Count CEO Rebecca DeHart. “With ‘The Joy of Painting Fair Districts,’ we’re using a light-hearted tone to call attention to a very serious process.”

Indeed, Georgians will be bound by the results of redistricting for the next 10 years. If their voting districts are gerrymandered through packing, cracking, or stacking, it could drastically reduce the resources their community gets for a decade.

“Fair Count’s mission is to ensure everyone is counted in our civic processes, from the census to voting to redistricting, so that every community can get the resources and representation it deserves,” said Fair Count VP Dr. Jeanine Abrams McLean. “It always means organizing, it frequently means educational outreach, and it occasionally means an amusing homage to a beloved TV painter.”

Watch the full video at farcount.org/fair-districts or on YouTube at faircount.co/fdjoypaint.