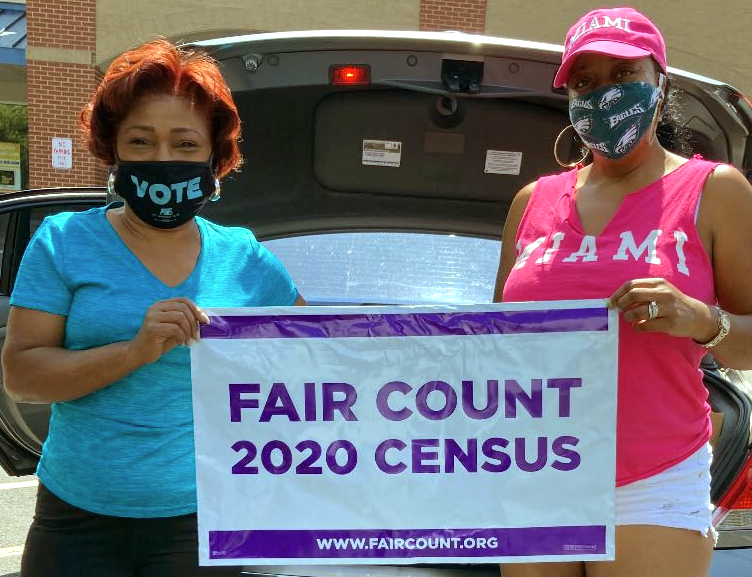 ATLANTA — Fair Count Inc. of Atlanta has received funding from the W.K. Kellogg Foundation to support Fair Count’s mission of strengthening the pathways to greater civic participation and ensuring all people in Georgia and the nation are seen in the 2020 Census, heard at the polls and respected in states’ redistricting process.

Census-designated “hard-to-count” communities frequently have limited access to technology and voting resources, facing a significant risk of being uncounted in the census, denied the right to vote, and ignored in the redistricting process due to long-standing barriers to participation that have only solidified amidst the pandemic. These communities, predominantly communities of color and rural communities, stand to lose billions of dollars in federal resources and years of political power for the next decade if their participation is suppressed.

“We must do everything we can to ensure everyone is seen, heard and respected in their communities,” said Fair Count Vice President Jeanine Abrams McLean. “To get there, we’re pulling out all the stops.”

Founded by Stacey Abrams in 2019, Fair Count, Inc. is a nonprofit, nonpartisan organization dedicated to partnering with HTC communities to achieve a fair and accurate count of all people in Georgia and the nation in the 2020 Census and to strengthening the pathways to greater civic participation. For more information about Fair Count, visit faircount.org.

About the W.K. Kellogg Foundation

The W.K. Kellogg Foundation (WKKF), founded in 1930 as an independent, private foundation by breakfast cereal innovator and entrepreneur Will Keith Kellogg, is among the largest philanthropic foundations in the United States. Guided by the belief that all children should have an equal opportunity to thrive, WKKF works with communities to create conditions for vulnerable children so they can realize their full potential in school, work and life.

The Kellogg Foundation is based in Battle Creek, Michigan, and works throughout the United States and internationally, as well as with sovereign tribes. Special attention is paid to priority places where there are high concentrations of poverty and where children face significant barriers to success. WKKF priority places in the U.S. are in Michigan, Mississippi, New Mexico and New Orleans; and internationally, are in Mexico and Haiti. For more information, visit www.wkkf.org.